Can You Laugh Your Way to Good Health? Let’s See What the Data Shows!
Body, Play
Elizabeth Hopper, PhD
2 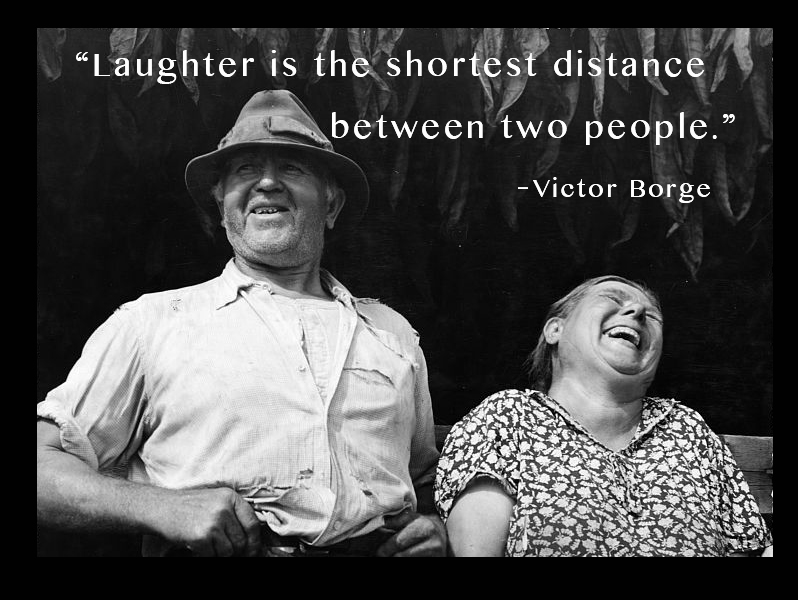 We’ve all heard the saying that “laughter is the best medicine.” But how much truth is there to this idea? Despite the fact that we often hear anecdotal reports of humor being beneficial, there’s actually a lot less research than you might think on the health effects of this thing we call whimsy. However, the research that does exist suggests that humor has a variety of benefits for health and well-being: it can help us to cope with pain, bolster the immune system, lower stress, and improve our social support networks.

Can laughing reduce pain? If you’re anything like me, you probably have a favorite funny TV show or movie that you watch to cheer yourself up when you’re feeling sick. But can watching a comedy actually make your pain better? A number of studies have found that laughter can actually reduce our perception of pain.

In a typical study on humor and pain tolerance, participants arrive in the research lab and their pain threshold is measured (for example, by asking participants to put their hand in ice water). Participants are then randomly asked to engage in one of several different tasks, such as watching a stand-up comedy video (to induce humor) or watching a neutral documentary. Then, after the video is over, participants’ pain threshold is measured again. Studies like this have often found that humor leads to increases in pain tolerance. The researcher Robin Dunbar from Oxford University has suggested that laughter may increase pain tolerance by leading to the release of endorphins, chemicals produced by the body that block our pain response.

So next time you stub your toe or get a headache, you can try this out for yourself: ask a friend to tell you their favorite joke, or pull up a clip from your favorite sitcom from YouTube, and see if laughing helps to reduce the pain you experience.

Can laughing improve your immune system? Researchers have also investigated whether humor can improve the functioning of our immune system. They measure the levels of antibodies (proteins that protect our body from infections) in the blood. Higher levels of antibodies mean that our body is better able to defend itself from infection. Several studies have found that watching comedy films led to increases in a particular type of antibody, suggesting that humor does improve the immune system. Moreover, researchers studying positive emotions more generally have found that positive emotions are not only associated with a stronger immune system, but that people who experience more positive emotion actually live longer!  How cool is that!

Humor and Stress. We all know at least one friend who can be counted on to make a joke, no matter how stressful a situation may be. However, it might surprise you to learn that this can sometimes be an effective way of coping with stress. Humor can help us distance ourselves from stressful events and reappraise them in a way that is less threatening. For example, in one study, those with a good sense of humor reported feeling less stressed, even though they didn’t differ from others in the number of problems they faced. Some research suggests that humor may even protect us from the physical consequences of stress. Stress can suppress the immune system and make us more likely to get sick, but one study found that stress did not suppress the immune system as much in people who had a better sense of humor. Some studies have found that humor (specifically, watching a funny video) leads to decreases in levels of the stress hormone cortisol. Since cortisol can suppress the immune system, one way that laughter might be working to keep us healthy is through preventing increases in cortisol levels.

Humor and Relationships. Humor might also benefit us by helping us to develop better relationships. Research suggests that humor can indeed play a role in developing and maintaining social relationships. In one research study, humor even allowed complete strangers to feel closer to each other. In this study, participants were asked to complete a series of tasks as a pair. Half of the pairs were asked to complete tasks that were designed to be funny (such as playing a game similar to charades) and half were asked to complete tasks that were not funny. Afterwards, participants were asked how close they felt to the person they had interacted with. Those assigned to complete the funny tasks reported that they felt closer to the person they interacted with. Other research has found that people with a good sense of humor are seen as more attractive and likeable. So next time you’re spending time with a new friend and trying to plan an activity, you might be better off inviting them to go see a comedy instead of a drama!

My Recommendation: Laugh More!  There’s a lot that we still don’t know about the effects of humor and laughter. Psychologists have historically spent a lot more time and energy studying the effects of negative emotions than they’ve spent studying positive emotional states such as humor. However, the research that does exist suggests that we already have plenty of reasons to try to laugh more: laughter can reduce the amount of pain you feel, help you to get sick less often, assist in coping with stress, and improve your relationships.

Barbara Fraley & Arthur Aron: The effect of a shared humorous experience on closeness in initial encounters