It Gets Better: How to Address Bullying in Schools
Relationships
Elizabeth Hopper, PhD
1 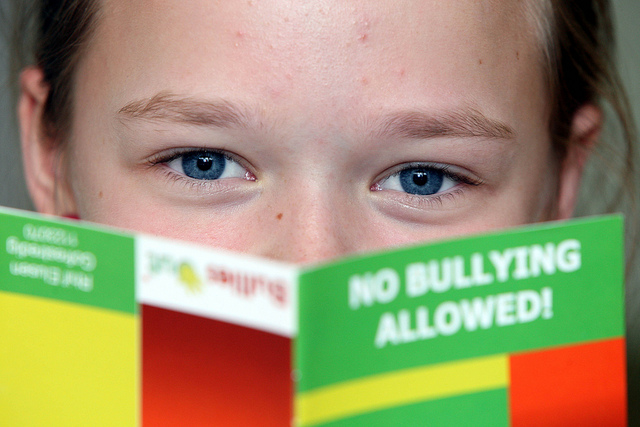 “When certain things are said to you over and over again as you’re growing up, it stays with you and you wonder if they’re true.”

This is how the pop singer Lady Gaga described the effects of the bullying she experienced in school. Today, Lady Gaga runs a foundation to combat bullying (the Born This Way Foundation), but her quote demonstrates the lasting effects that bullying can have. In this post, I’ll review some recent research findings about bullying, talk about some of its consequences, and discuss some ways psychologists have found of reducing bullying in schools.

What is bullying, and how common is it? Researchers have defined bullying as any repeated, negative, and intentionally hurtful behavior. Bullying can involve a variety of behaviors, such as physical bullying, name-calling, purposely excluding someone, or harassing someone via social media (cyberbullying). It can occur in a variety of settings (such as schools and workplaces), but in today’s article I’ll focus on bullying in school-age children and youth. Both boys and girls can be either bullies or victims, though researchers have found that boys are more likely to be victims of physical bullying and girls are more likely to be victims of social bullying (such as spreading rumors or making inappropriate comments). Researchers have also found that LGBT youth and youth with disabilities are are greater risk of being bullied.

One nationally representative study of U.S. students in grades 6-10 found that about 11% of students were bullied at least sometimes, 13% were bullies, and about 6% were both bullies and victims. The exact numbers vary from study to study, but the research on bullying suggests that it’s a common problem, and that some kids are involved in both sides of bullying.

Who are bullies? Despite the common belief that bullies engage in their behavior as a way of covering up their own insecurities, research has not supported the idea that bullies are themselves insecure. Instead, the psychologist Dan Olweus has suggested that certain family environments may contribute to bullying: bullies are likely to come from families where parents were relatively uninvolved, failed to set limits on aggressive behavior, and used physical punishment. Bullies also seem to be impulsive and many have a tendency to misinterpret others’ neutral behavior as hostile or aggressive. Additionally, bullying seems to be associated with an increased likelihood of committing crimes as a young adult, which suggests that developing interventions to change the behavior of bullies at an early age is especially important.

What are the consequences of bullying? Being bullied is associated with lower self-esteem, increased depression and anxiety, loneliness, missing school, and suicidal thoughts. It is also associated with symptoms such as headaches, stomachaches, backaches, and sleep problems. Additionally, some of the effects of bullying persist into young adulthood. People who were bullied in the past had increased depression and lower self-esteem at age 23.

What can be done about bullying? In recent years, researchers have begun to develop a variety of interventions to address bullying. Here are some of the ways that psychologists have found that we can reduce bullying and its negative effects:

1.) Adults should be involved in what is happening at school.

2.) There should be clear rules about what types of behaviors are unacceptable.

3.) Sanctions for bullying should be applied consistently, and should not involve physical or hostile punishment.

4.) Adults should be authorities and positive role models.

Nicholas Kristof: Born to Not Get Bullied

American Psychological Association: School Bullying is Nothing New, But Psychologists Identify New Ways to Prevent It

APA Resolution on Bullying Among Children and Youth

Tonja Nansel: Bullying Behaviors Among US Youth: Prevalence and Association With Psychosocial Adjustment

It Gets Better Project


Related Posts:
Let Them Play! Why Undirected Play is Essential for our Children

Self-Care for Kids: 8 Practical Ways to Promote your Child’s Mental Health on a Daily Basis