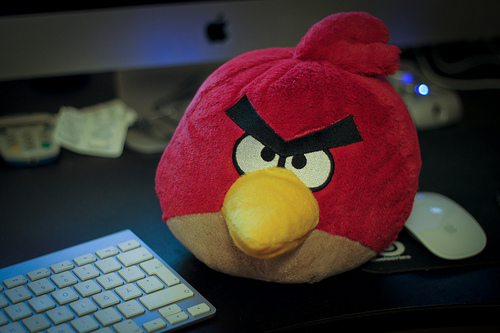 This post explains how anger is a secondary emotion. By understanding the roots of anger – that is, the primary emotions fueling it – people can more effectively address its underlying causes.  This is an important first step in addressing anger management problems.

Everybody feels anger at different times, to varying degrees. It’s simply part of the human experience. Feelings of anger can arise in many different contexts. Experiencing unjust treatment; hearing a criticism; or simply not getting what you want are but a few of the potential triggers.  The experience of anger can range from mild irritation, to frustration, all the way up to seething rage.  As a matter of fact, even boredom is a mild version of anger in the form of dissatisfaction with what is happening.

While feeling anger is a natural part of being human, it’s helpful to think about skillful ways to work with it that result in healthy living, rather than feelings of regret about what you said or did.

Why is anger good sometimes? Without feelings of anger, we wouldn’t take a stand against unfairness or injustice. Anger is an internal alarm that tells us something is not quite right. Unfortunately, however, far too often, the anger humans feel is being triggered by far less consequential factors than serious wrongdoing.

Anger is a Secondary Emotion

What many people don’t realize is that anger is a secondary emotion. What does this mean?  Typically, one of the primary emotions, like fear or sadness, can be found underneath the anger.  Fear includes things like anxiety and worry, and sadness comes from the experience of loss, disappointment or discouragement.

Feeling fear and sadness is quite uncomfortable for most people; it makes you feel vulnerable and oftentimes not in control.  Because of this, people tend to avoid these feelings in any way they can.  One way to do this is by subconsciously shifting into anger mode.  In contrast to fear and sadness, anger can provide a surge of energy and make you feel more in charge, rather than feeling vulnerable or helpless.  Essentially, anger can be a means of creating a sense of control and power in the face of vulnerability and uncertainty.

Let’s look at a few examples.  When anger arises between couples sometimes there’s a fear of abandonment underneath.  In these instances, it’s a combination of fear and anticipatory loss that can fuel the anger.  Uncertainty – when you lack ample information and things feel amorphous  – can also trigger anger.  Why?  Because uncertainty touches upon the “unknown,” which tends to be scary for most people.  Even boredom can generate anger or irritation because there can be a subtle sense of loss or fear associated with the experience of not engaging in something stimulating or productive.

While having some “sense of control” is correlated with greater emotional wellbeing, excessive desire for control only leads to suffering, as it’s impossible to always be in control, especially of other people’s behavior.

How to Work with Anger

So, next time you’re feeling anger – whether mild or strong – pause for a moment to check in with yourself and see if you can identify the primary emotion driving the anger.  If it’s hard to notice anything but the anger, start by exploring your thoughts, as those are what fuel all emotions.  Keep in mind that the shift from a primary emotion like fear or sadness into anger mode is typically quite fast and unconscious.  Feeling anger may be an ingrained habit for you, which means that it can take more time to identify the deeper thoughts and feelings that lie underneath.

By working with the fear, sadness, or both, you will develop more skillful ways of relating to your anger. For example, you may find that you have some unresolved grief.  Or, you may notice that you feel scared about a certain outcome.  That’s good data for you to work with, as it involves addressing a deeper need than the anger.

By identifying the primary emotion, you can more easily determine the best course of action to resolve your problem.  For example, you can figure out whether another’s actions are truly unjust or simply a blow to your ego.   Standing up for injustice, like protecting yourself or another from being taken advantage of or harmed, is rational.  But, choosing to argue with somebody over something trivial is more about ego.  Putting attention on the latter is a waste of energy that could be spent more wisely.

In summary, working with the underlying primary emotions is a way of decreasing habitual anger, cultivating more inner peace, and facilitating thoughtful action.